Take your pencil and dip part of it into a large bowl of water as shown on the pictures. 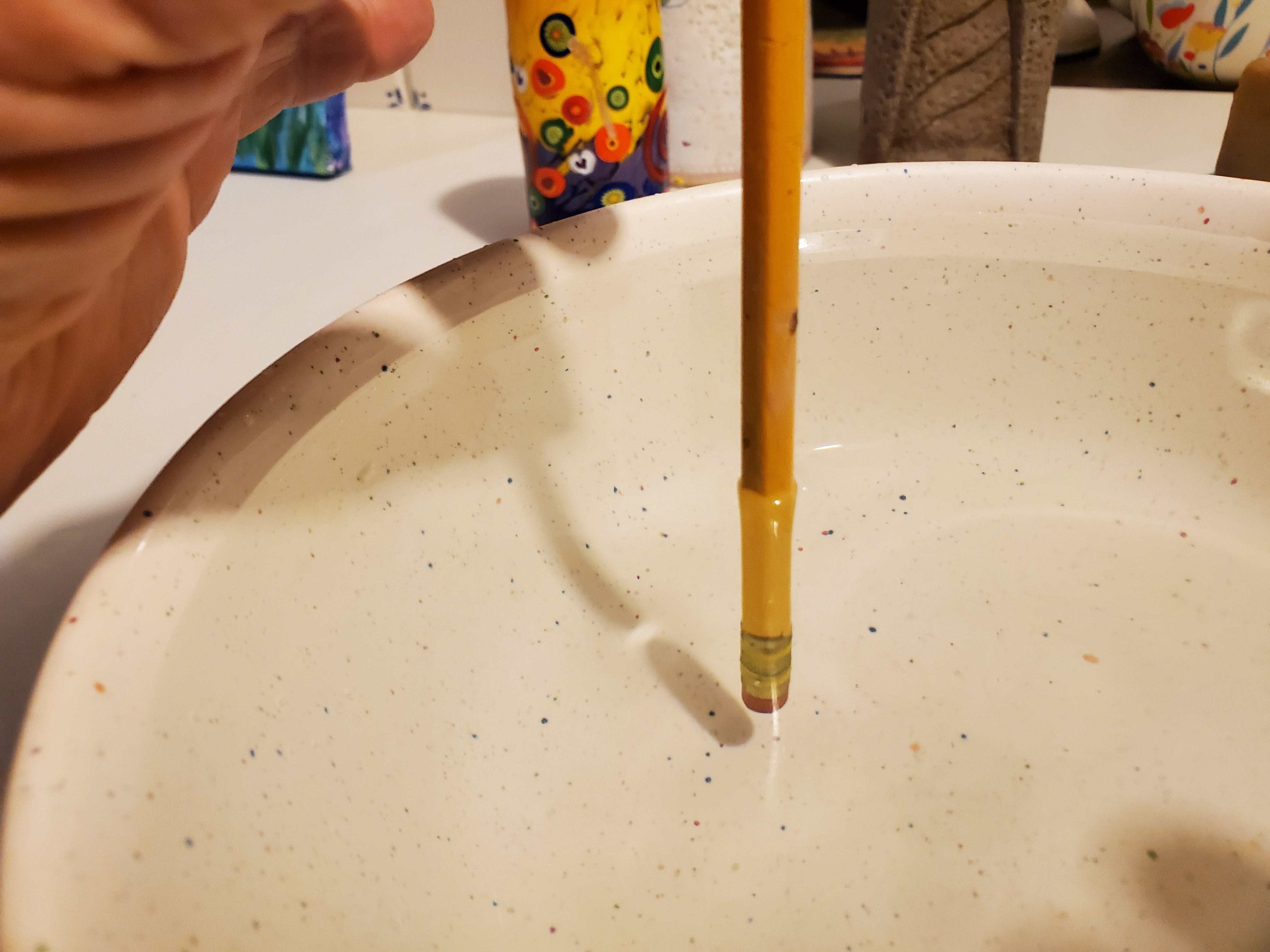 
It turns out that no bending or no tilting (no deflection, or no diffraction in science) is occurring when the pencil angular orientation is set at 900 or 1800 or 2700 or 3600. And, in each of the 00-to-900, 900-to-1800, 1800-to-2700 and 2700-to-3600 quadrants, the deflections are occurring in symetrical manners as shown on the right picture, resulting in the 4 quarters Quantum statistical distribution and as also described in gravimotion's detailed interpretation.

Yet You and I know that when imerged at an angle the pencil's body is not bent as it appears to be. Both the pencil very righteousness, a state coinciding to Plain Logic, and its image a state described by Equations 1 and 2, are both remaining in force. This reconciliates these two seemingly incompatible states. Observation of reality and reality are two different aspects of the same reality, even though these two realities appear to be contradicting each other.

Interesting note: Electrons that have mass are very likely behaving as the pencil does; while their image is appearing deflected, they are very likely going straight through the air to water surface.
On the other hand photons, which have no mass, are very likey fully deflected, with no material body going in a straight line unseen. In gravimotion interpretation of Nature a photon, rather than being assimilated to a particle, is occuring as a wave and more specifically as a single wavelength of its scientific assigned frequency.

The 2 conflicting sides of the scientific discord has no raison d'être (no purpose).
In the end while appreciating Quantum Probabilities both uncertainty and nonlocality concepts maybe discarded.

Introduced in 1927 by Werner Heisenberg, the uncertainty principle states that the more precisely the motion of any particle is determined, the less precisely its position can be predicted.
Yet in science physics the Universe is expanding, in other words everything is in motion.

Merging above 2 scientific assertions into a single proposition, because everything is in motion, gravimotion interpretation of Nature states that the concept of position cannot be predicted or measured; in gravimotion, positions do not occur; our human concept of position has no physical colateral; only motion is real or measurable.
No matter the accuracy of the measures, motion is a physical certainty.


On how uncertainty nevertheless remains ...